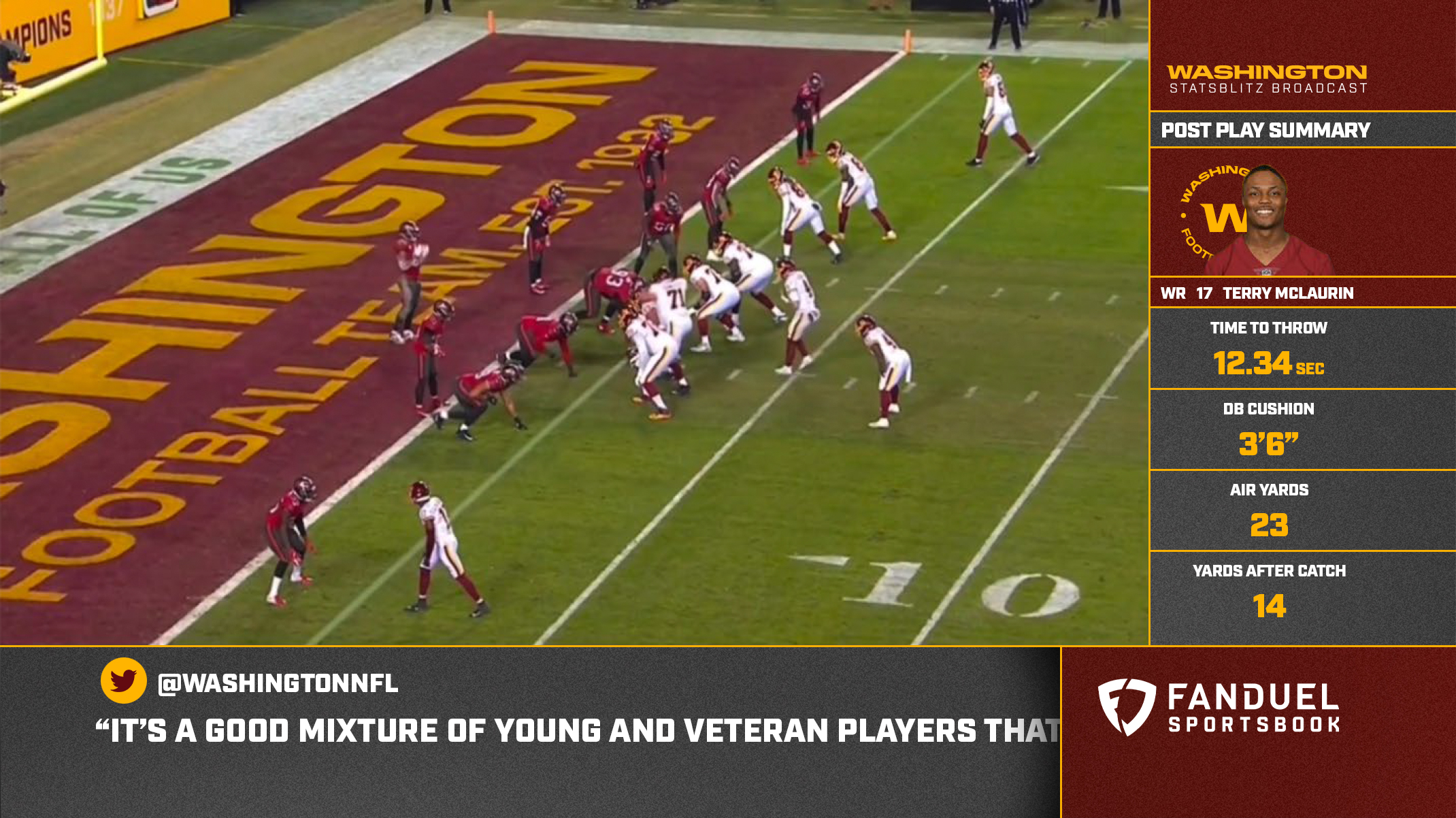 Building on their partnership from the 2019 preseason, the Washington Football Team and NBC Sports Washington will have another alternative StatsBlitz Broadcast featuring Next Gen Stats (NGS), powered by AWS and brought to life by SMT. This alternative live-game coverage on NBC Sports Washington Plus will further drive fan engagement and deliver unique programming to Washington Football Team fans throughout the Washington, D.C. region. During the Team’s 2021 preseason games, viewers will be able to experience StatsBlitz Broadcast geared to fans eager for robust engagement, inclusive of statistical and in-game data components that provide insights not otherwise provided in traditional broadcasts.

“We are constantly collaborating with our valued team partners and other technology and innovation leaders across industry and globally to provide meaningful experiences to our fans. In 2019, fan engagement levels across our alternate broadcast and corresponding digital channels were significant; we couldn’t be more excited to advance this truly unique game broadcast experience for the 2021 preseason,” says Scott Shepherd, Chief Partnership Officer for the Washington Football Team. “Today’s announcement is a result of not only the technological advancements in this space, but the groundbreaking partnership we’ve forged with NBC Sports Washington, on behalf of the greatest fans in football who we are incredibly privileged to serve.”

The three-game schedule of Washington Football Team preseason games on NBC Sports Washington Plus is as follows:

“We are committed to delivering innovative and engaging live sports coverage, so we are proud to again collaborate with the Washington Football Team and their partners to present StatsBlitz Broadcast on NBC Sports Washington Plus this NFL preseason,” says NBC Sports Washington General Manager Jackie Bradford. “The enhanced real-time statistics integrated within our best-in-class live-game coverage, along with its interactive second-screen elements, will provide fans a unique and insightful experience surrounding all three exhibition games this month.”

The 2021 alternative broadcast will showcase live, in-game stats, with an additional opportunity for fans to participate in an interactive sweepstakes that will be hosted in parallel via the Washington Football Team’s social media accounts. On the right- and left-hand side bars along the viewer’s screen, fans can enjoy relevant data, reflecting pivotal moments in the game and trends within the competition.