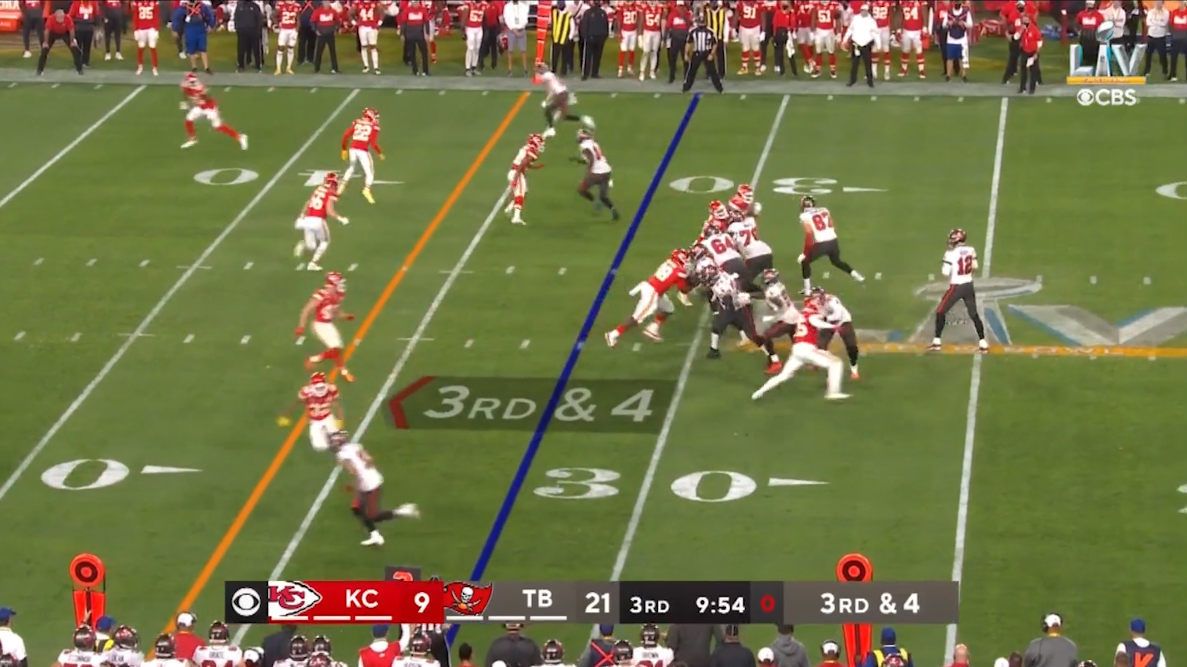 The COVID pandemic has given new meaning to the phrase best-laid plans, but CBS Sports and its technology partners that are at the center of the production of Super Bowl LV are proof positive that one of the world’s biggest televised sports events can innovate, grow, and evolve.

“Pre-pandemic, we had a very different plan to where we landed,” says Patty Power, EVP, operations and engineering, CBS Sports.

A Super Bowl compound is always large, but social distancing has made it even larger. The CBS domestic compound houses 19 trucks and production trailers. According to Mike Francis, VP, remote engineering and planning, CBS Sports, the compound is essentially double the size of what was planned.

“It’s definitely a big compound with a lot more facilities to link up,” he adds. “And then we need to make sure that everything is available everywhere. When it spread out, we had a lot more to execute on that side of things.”

“We have Game Creek Encore handling our studio shows,” Francis adds. “Sprinkled in the compound for technology and social distancing, we have F&F GTX19, GTX20, Game Creek B1 for robotics, and all the support trucks that go along with them.”

A large flypack deployment was also built by NEP Bexel for distribution, transmission, routing, and monitoring. And THUMBWAR is onsite for media management and remote editing.

“We will also execute some remote editing in the cloud with Avid and Microsoft Azure,” says Francis. “CBS VP, Post Production, Ed Coleman is going to use that to provide a lot of the postproduced elements we will use.”

As for onsite sets, Filmwerks and Jack Morton Worldwide collaborated on the concourse set, which will be located in the opposite corner from the pirate ship.

All year long, CBS has taken advantage of the lack of fans to bring a new look to camera angles and coverage. That look hits new heights this Sunday with more than 120 cameras deployed.

“I think we’ve done a really good job of embracing our environment and the conditions with fewer fans in the stadium and with an LED ribbon across the lower bowl,” says Jason Cohen, VP, remote technical operations, CBS Sports. “We’ve mounted cameras to give the viewer a different look and feel to the game. In addition, we’re just trying to make the game bigger and bolder.”

A number of innovations will be on display. Most notable, the Trolley Cam  point-to-point cabled camera system will complement two Skycams and a Flycam.

“It’s from JibTek,” Cohen explains. “Essentially what it’s doing is running the length of the field from one end of the sideline to the other, and it’s about 10 to 15 ft. above the second or third row of the stands.

“The beauty of it is its speed,” he continues. “It can go up to 65 mph. I doubt that even Tyreek Hill is going to be able to outrun it. If we get the right play and someone takes off down the sideline, we can stay with him stride for stride. I think that’s going to be a pretty dynamic view.”

If there has been one technology story in NFL coverage this year, it is the use of cameras capable of shallow–depth-of-field shooting on the field during warmups and after key plays.

“Everyone has been talking about it and is excited about it,” says Cohen. “Obviously, we’re going to continue what we’ve been doing all along in the playoffs, which is to use the Sony Venice camera on a Steadicam.”

One late potential addition to the show will be the use of a Sony Alpha One camera on one of the MōVI handheld rigs that have been capturing the shallow–depth-of-field shots that have garnered a lot of attention on social media.

“The operator has been blown away by how cool it is and how fast the autofocus is,” says Cohen. “He said it’s amazing because he literally just touches a screen to select the subject that he wants it to focus on and it is instantaneously locked in the focus.”

The sideline Steadicam rigs will also be complemented by traditional HD cameras, three of which will have Canon’s CJ20ex5B handheld lens. Those lenses are noted for their 20X zoom and wide angle.

“It has been a big hit with our handheld operators,” adds Francis.

He is also excited to see what kind of shots the two Sony HDC-8300 8K camera systems with Canon 7×10.7 lenses will capture for zoom analysis.

“They will shoot down the sidelines at a low angle opposite the HDC-4800 4K systems,” he explains. “They are shooting at 120 fps, and we’re hoping to get that 800%–zoomed-in look to reveal something that couldn’t be seen from the HD angle. And we have a very robust deployment of 4K high-frame-rate cameras on all the sidelines, goal lines, and end lines.”

Francis also notes the Movie Bird, a 53-ft. telescoping jib that will be located high atop the south concourse. “It will be above the main concourse set and give us big sweeping shots of the interior bowl and will easily be able to point the other direction and see everything going on outside the south side entrance. It will be a unique perspective we haven’t been able to do before.”

Cohen adds that the camera on the Movie Bird is one of 12 outfitted with augmented capabilities. Both SMT and N-Cam will play a crucial part in the augmented-reality show open, which has been designed with the help of Silver Spoon.

“The specialty AR graphics generated in an Unreal Engine will be breathtaking this year,” he says, “as we take advantage of the Super Bowl theme, which is sea, sand, and siege.”

Adds Francis, “With the Sony Venice cameras and the Movie Bird crane, we’re bringing a little bit of Hollywood to the Super Bowl this year, and that’s great.”

CBS PGA coverage laid out a template for the network’s remote workflows, intended to minimize personnel onsite. That continues this weekend with some crew members working remotely from the CBS Broadcast Center in New York City.

“We have a slew of EVS, graphics, ADs, and BAs, all contributing to the pre-, post-, and halftime show from our broadcast center,” says Francis. “We have lots of paths interconnecting EVS and the media networks.”

Also tying in remotely will be a production team from Nickelodeon that will operate out of All Mobile Video in New York and create some “Nick-ified” pregame and highlight packages that will be distributed via social media and incorporated into the CBS broadcast.

“It’s going to be all the bells and whistles that people loved [in the Saints-Bears Wild Card game], such as Sponge Bob between the goalposts and the slime cannons after touchdowns,” says Cohen. “We’re sending them five signals: our show as well as a bunch of angles that have the slime augmented-reality capabilities. Their editors will piece together our show with their dedicated augmented-reality cameras to create highlights and more animated looks.”

Francis says the EVS network was extended to AMV so that Nickelodeon can pull clips from the EVS servers at Raymond James Stadium.

CBS will work with the NFL and NFL Films on the use of crowd mix and balancing prerecorded audio with the onsite fans (approximately 25,000). Also, Francis says, COVID protocols have had an impact all year long (in nearly every sport) when it comes to things like interviews or ceremonies.

“It has been an extra challenge for the guys,” he adds, “but they’ve done a great job.”

Since last March, there have not been a lot of sports events with multiple vendors onsite, and Power notes that they have all been supportive partners. “We’ve had so many last-minute changes this year — not necessarily the Super Bowl but regular-season schedule changes — and they’ve rolled with it. We certainly rely on them, their focus, and their expertise.”