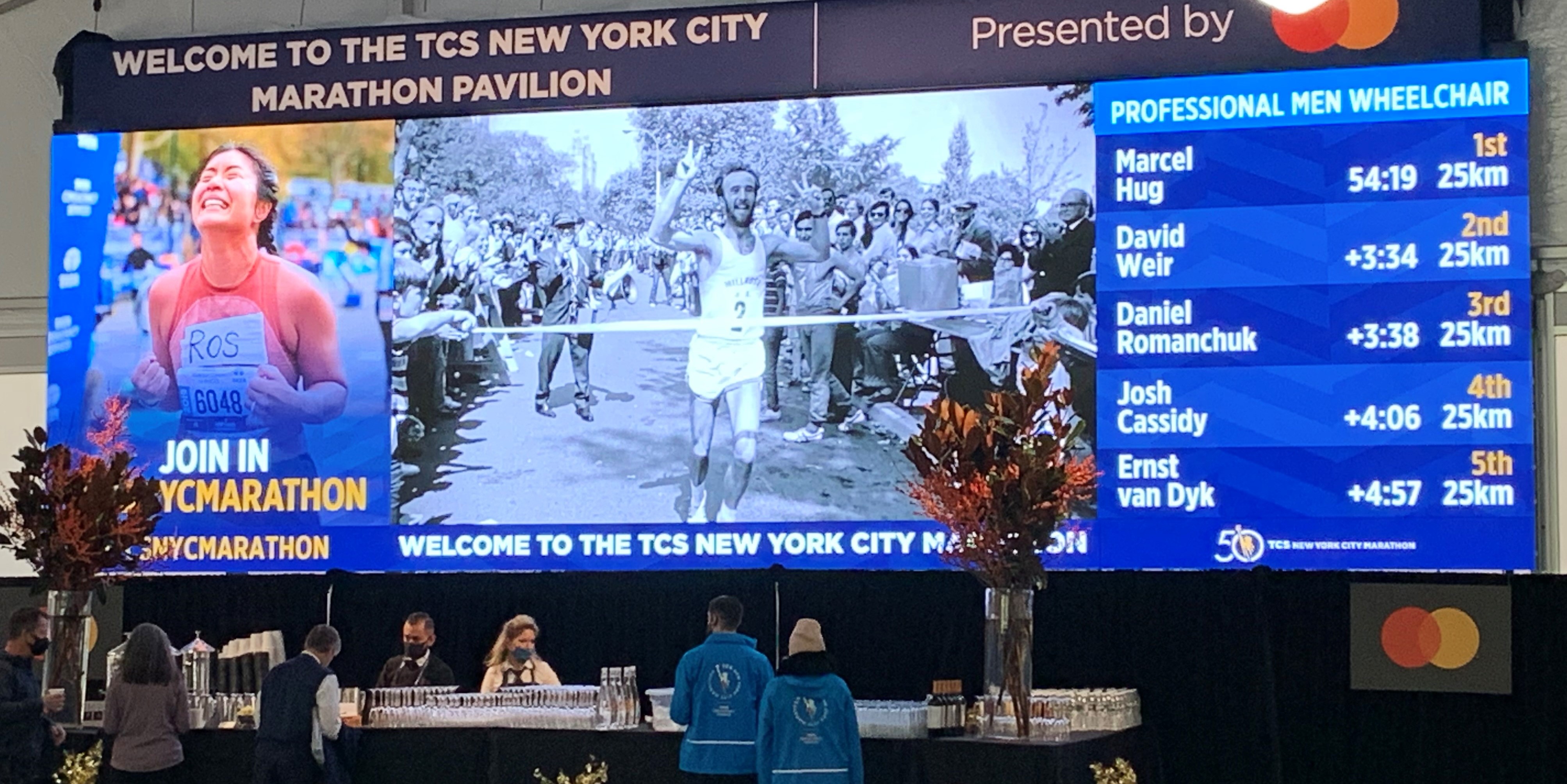 SMT returned to the streets of New York City to support the 50th running of the TCS New York City Marathon with on-site video display production and broadcast solutions.

This year marked the seventh that SMT has partnered with race organizer the New York Road Runners to provide video display productions and clock-and score interfacing for the TCS NYC Marathon and the 12th that SMT has delivered its enhanced graphics and broadcast technology, this year on behalf of Film 45 and IMG, producers of the TCS New York City Marathon broadcast.

From the Opening Ceremony to the Marathon Pavilion to points along the 26.2-mile race, SMT’s video displays kept the estimated 30,000 runners and one million spectators continuously updated and inspired with race-related and entertainment content including:

On race day, SMTs team produced a live stream for the TCS NYCM’s Final Finisher Celebration, capturing the exhilaration of the marathon’s last finishers as they made their way to the finish line alongside two 80-foot LED track boards that greeted runners with SMT-produced race content. A 25-foot ribbon board suspended from the photo bridge displayed runner times for each of the waves.

“The TCS New York Marathon is a huge production, and we are beyond excited to be back this year to capture all the excitement, stats and human-interest stories to share with participants and spectators alike,” says Ian McMahan, Events Project Manager, SMT. “This year, the 50th running, was especially poignant as athletes from all over the world finally had a chance to realize their dreams of running the TCS New York City Marathon after last year’s cancellation. Our goal was to capture the essence of the race, from the excitement of the TCS Run with Champions fun run to the Abbott Dash to the Finish Line 5K to the Opening Ceremony and the emotional Final Finish Celebration.”