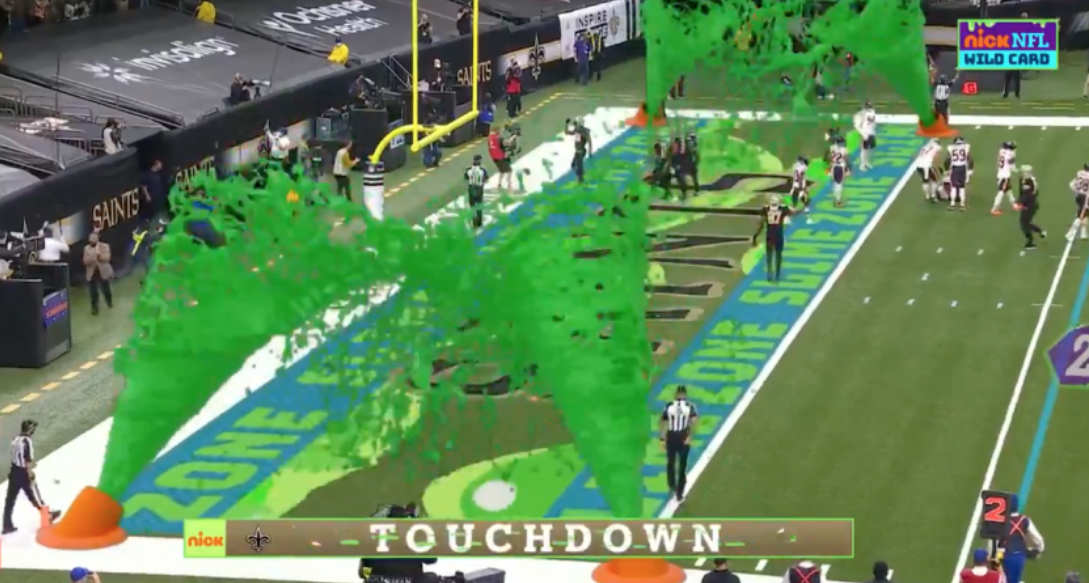 SMT answered the call of CBS Sports and Nickelodeon to “Nickify” the NFC wild-card game between the New Orleans Saints and Chicago Bears on a special broadcast that aired Sunday, Jan. 10. The game was simulcast on CBS Sports (sans the animated slime-y first-down line, the slime-filled red zone and the “slime zone”).

SMT also delivered its SportsCG and QB Stat system for the Nickelodeon feed, along with a never-before-seen in football elements including Slime Cannons, SpongeBob Field Goal graphics, and ooey-gooey slime animations for the first-down line, down-and-distance line and red zone.

"We're incredibly proud to team up with CBS Sports and Nickelodeon to bring this truly unique, fun-filled NFL broadcast to families across America. We think the timing of this game helped elevate the spirits of longtime football fans, and we’re sure it attracted a lot of young people to the sport who may have never watched an entire game before,” said Lee Brinson, VP, Client Services, SMT. “We thoroughly enjoyed integrating Nickelodeon favorites into our football technology to provide teaching moments throughout the game, and look forward to discussing ways to enrich other broadcasts in similar ways.”