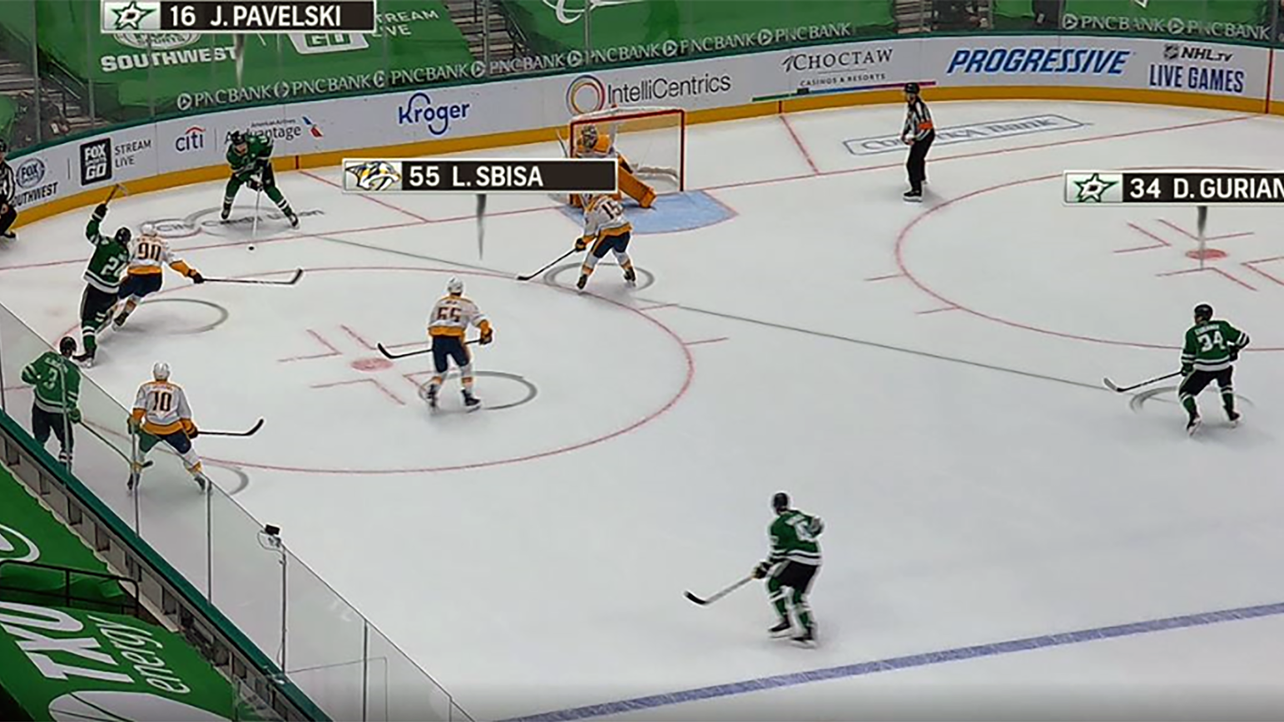 The NHL has received a prestigious honor in sports analytics for its puck and player tracking technology, even though the system is still developing and just starting to show what it can do.

"To get this from that entity, it adds that last piece of validation from the most hardcore analyst and data scientist community in sports," said Dave Lehanski, NHL executive vice president of business development and innovation. "It was great. It was really, really great for us and for the League to get that. But there's so much that's about to come now. We're, like, on the precipice of it."

Organized by the Sloan Business School at the Massachusetts Institute of Technology, the conference has brought together students and industry leaders in sports and data analytics since 2009. According to SportsTechie, part of the Sports Business Journal, Best Innovation is the highest honor at the conference.

"We never submitted anything and were kind of a little bit surprised by it, but in a good way," Lehanski said. "We just kind of suddenly got a tap on a shoulder, and it was like, 'Guys, you've done the best job in innovating in sports.' … [The award] was for not only the design and architecture of the technology solution, but the impact that it has on the sport."

The NHL fully installed its puck and player tracking technology and branded it NHL Edge this season. Each of the 32 arenas has 14-16 infrared cameras that track sensors in pucks and jerseys throughout each game, generating data for teams, media and fans.

Lehanski said the NHL is well into the process of gathering quantifiable data.

"I think one full season is a pretty good sample set for that part of it, to sort of audit the data, and now we're on the precipice of really using it to come up with new analytics," Lehanski said.

The NHL is sending the raw data to the NHL Players' Association and the teams, as well as to its TV broadcast partners -- Rogers in Canada, ESPN and Turner in the United States.

"Right now the data's being shared with a lot of people to look at it and determine what people want and what makes sense," Lehanski said.

The teams can use the SAP-NHL Coaching Insights App for iPad, which displays real-time information like ice time, possession time, shot location and face-off percentage with user-friendly displays and customizable filters. Each team has unlimited access to two iPad Pro devices with the app and game-day access to two more.

The NHL is curating graphics for its TV partners with Amazon Web Services and SportsMEDIA Technology, the company that built the puck and player tracking system.

One graphic is "shot and save analytics." It shows the percentage of shots a player turns into goals by location.

"You can just say 'Nathan MacKinnon,'" Lehanski said, referring to the Colorado Avalanche center. "Boom. The graphics engine pops up a chart. It puts it on screen. And we can do that in real time."

Another is "face-off probability." It shows a matchup of two players and the odds each will win the draw. Rogers has used it already, and Lehanski said ESPN plans to debut it within the next two weeks.

"This isn't exactly how it works, but literally there's a button or two that someone at Turner, ESPN or Rogers can push, and boom, the predictor comes up," Lehanski said. "The clubs are interested in it. We're working on a different version of that for them."

Lehanski said the NHL is working on ways to include the data and analytics for fans on NHL.com.

The puck and player tracking technology could lead in new directions. The NHL and ESPN participated in a "hackathon" at the Sloan conference, giving past data to students so they could come up with ideas for how the League could use the information to enhance and improve the game.

"That's the most exciting part," Lehanski said. "It's like, 'How do you take this data now and use it to just help coaches and GMs and broadcasters and fan applications in every possible way -- fantasy games and betting and everything that we could do?'" Lehanski said. "We're just scratching the surface there."