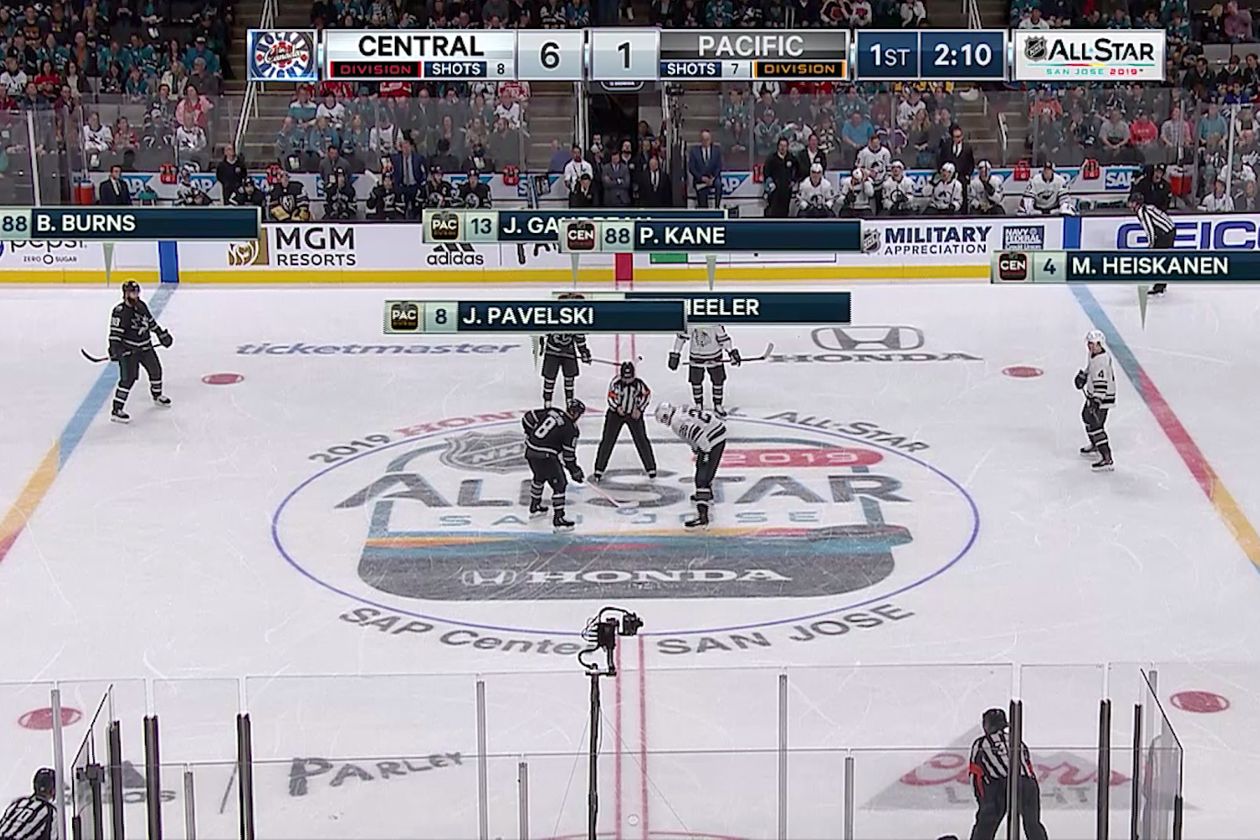 After an abbreviated offseason fraught with uncertainty, Sportsnet heads back to the ice tonight for the start of an NHL season unlike any other. Having managed broadcast operations for the NHL’s Edmonton bubble during the 2020 Stanley Cup Playoffs, Sportsnet is now tasked with producing hundreds of national and regional broadcasts from home arenas across Canada.

In an effort to limit travel and enhance safety, Sportsnet has worked with other broadcasters in Canada to set a standard for production facilities at each venue — regardless of whether the game is a national or regional broadcast.

“There was so much uncertainty around what was going on in terms of travel,” says Sportsnet VP, Production, Rob Corte. “Our position from the get-go has always been safety first, so we’ve worked with the other networks to come up with a game-production standard with set facilities for each venue. That’s the standard we’re going to hold — regardless if it’s a regional or national game. In Canada, hockey is obviously king, so even our regional broadcasts are resourced quite heavily. There’s not a huge difference between a national game and a regional game, so we have facility levels across Canada that are worthy of servicing a national game.”

On the national-broadcast side, Sportsnet plans to deploy a dedicated mobile production unit and crew onsite for the majority of its Hockey Night in Canada and Wednesday Night Hockey telecasts but will look to use local crew whenever possible to limit travel. At least to start the season, Sportsnet plans to have commentators and production teams onsite for all national broadcasts and regional home shows. For regional road games, commentators will call the action off-tube (from either the home arena or the local broadcast facility), and the production team will work from a control room at Sportsnet HQ in Toronto.

“We’re not going to be flying people in and adding cameras left and right, at least initially to start the season,” says Corte. “But we will still have a very big show onsite. Due to the travel restrictions and our need to uphold the safety of everyone, we’re trying to limit travel as much as possible. We’re using as many local people as we can, and we have robust facility levels in every city so that, if you go in and do a national regional game, the shows will look big.”

As for regional broadcasts (Sportsnet delivers four regional feeds in Canada), the company has worked with fellow NHL rightsholders TSN, TVE, and RDS to assign each Canadian NHL venue to one broadcaster based on media rights so that only a single mobile unit and crew are onsite for each game. Sportsnet will take Calgary, Edmonton, and Vancouver and split Toronto with TSN, which has will also handle Winnipeg and Ottawa. French-language broadcasters TVE and RDS will split Montreal.

“In our conversations with the league,” says Corte, “it made the best sense for Canada to have their own plan separate from the U.S., because there are different nuances for both. There are obviously less teams, and it’s a little simpler in Canada because Dome Productions is the facilities and technical provider for all the broadcasters across the board; in the States, you have various vendors in different marketplaces.”

Similar to the workflow used for Major League Baseball last year, the home-team broadcaster will be responsible for delivering a clean feed to the away team’s broadcast partner, which will integrate its telecast remotely. Away-team broadcasters will also be given ancillary cameras (the number varies depending on the venue) and an AD in the truck to help augment this clean feed. Each network has devised its own plan in terms of how to customize the respective broadcasts and whether commentators will be onsite or call games off-tube from home.

“For example,” says Corte, “if Vancouver is at home against Ottawa on a regional broadcast, we will do a full-up broadcast from Vancouver — including commentators, graphics, everything onsite — and provide a clean feed that would go to the visiting show, which is TSN in the case of the Senators. Then, TSN makes the decision whether they call it off-tube from their studios in Toronto or have their commentators at the rink in Ottawa. Eventually, if more people are allowed onsite, [the broadcasters] might have more presence onsite.”

Sportsnet and other NHL broadcasters will work closely with each team to ensure that each venue’s safety protocols (and each province’s regulations) are observed, including regular testing, wearing of PPE, sanitizing workstations, and social distancing. At Sportsnet’s studios in Toronto, the broadcaster has had strict safety protocols in place for months and has installed plexiglass to separate workstations throughout the facility.

Puck and Player Tracking Comes of Age in NHL Broadcasts

After an initial rollout during the Stanley Cup Playoffs last season, the NHL’s player- and puck-tracking system (developed in conjunction with SMT) has been installed in all 31 arenas this year and will be available for broadcasters to use in their coverage. Corte believes that stats and information from the new tracking system will be featured in Sportsnet broadcasts primarily via the scorebug early on, but he expects to see virtual elements used more frequently as the season progresses.

“We had some exposure to the player- and puck-tracking on our national shows at the All-Star Game and Stanley Cup Final last year,” he explains. “We’ll be looking to implement it in our national shows right from the start. The regional games will take a little bit more time just because those groups haven’t been exposed to it and will have a steeper learning curve. We’ll be working with the regionals to provide education on how to use it, and we’ll be looking to use it in those broadcasts as soon as possible.”

With no fans in the stands at all Canadian NHL venues (at least to begin the season), Sportsnet will look for new ways to deliver an intimate broadcast to viewers. Although there have been discussions about removing some of the rows at ice level to allow for more movement of handheld cameras, Corte says, Sportsnet’s early-season coverage will be focused less on new additions and more on the production team’s finding its footing.

“The initial goal for everyone is just to get up and running,” he says, “because there has been such a short runway. I think we’ll experiment as we get further into the season; if we want to make some changes, they will be discussed with the league and the individual clubs first. At the get-go, I don’t think you’re going to see a lot of experimentation, but then, as we start doing more games and getting comfortable, we’ll start experimenting more in conjunction with the league and the teams.”

On the audio side, each individual club will manage augmented crowd noise within its venue (as opposed to the NHL bubble, where the league and broadcasters managed it). Sportsnet and other broadcasters can pull this audio in through their effects mix in the arena and will also have a separate feed of the artificial crowd noise in the truck to ride the levels as they see fit.

“The team will have the robust version [of crowd noise], and each broadcaster will have a scaled-back version with more of a crowd loop and cheers and things like that,” says Corte. “If something were to happen in the venue, we’d have the ability as a backup through our broadcast truck.”

After a grueling 70+-day run in the bubble for the Stanley Cup Playoffs last year, Sportsnet faced a very different kind of challenge during the 15-week offseason: uncertainty. With the league and NHLPA unable to come to an agreement, Corte and company played a guessing game for much of the offseason. Once it was announced in late December that the season would begin on Jan. 13, broadcasters had less than a month to put plans in place for the return to NHL arenas. Despite the overwhelming circumstances, Corte says, the Sportsnet team was able to pull it off and is ready for the start of play tonight.

“It’s just a tremendous team,” he says. “Unless you’re in this industry, you don’t really understand the huge lift it is and the challenges that we face to put a broadcast together in the best of times. A short window, like we had to get ready for this season, in a normal world would have been very challenging, but throw on top of it COVID and suddenly you have to totally change the way you do broadcasts. The dedication of this staff has been absolutely amazing, and everyone has embraced safety first and foremost. I’m just so proud of the resiliency of everyone to adapt and change so quickly and produce a product on the air that – aside from the crowd, which is out of our control – has remained at the same world-class level.”