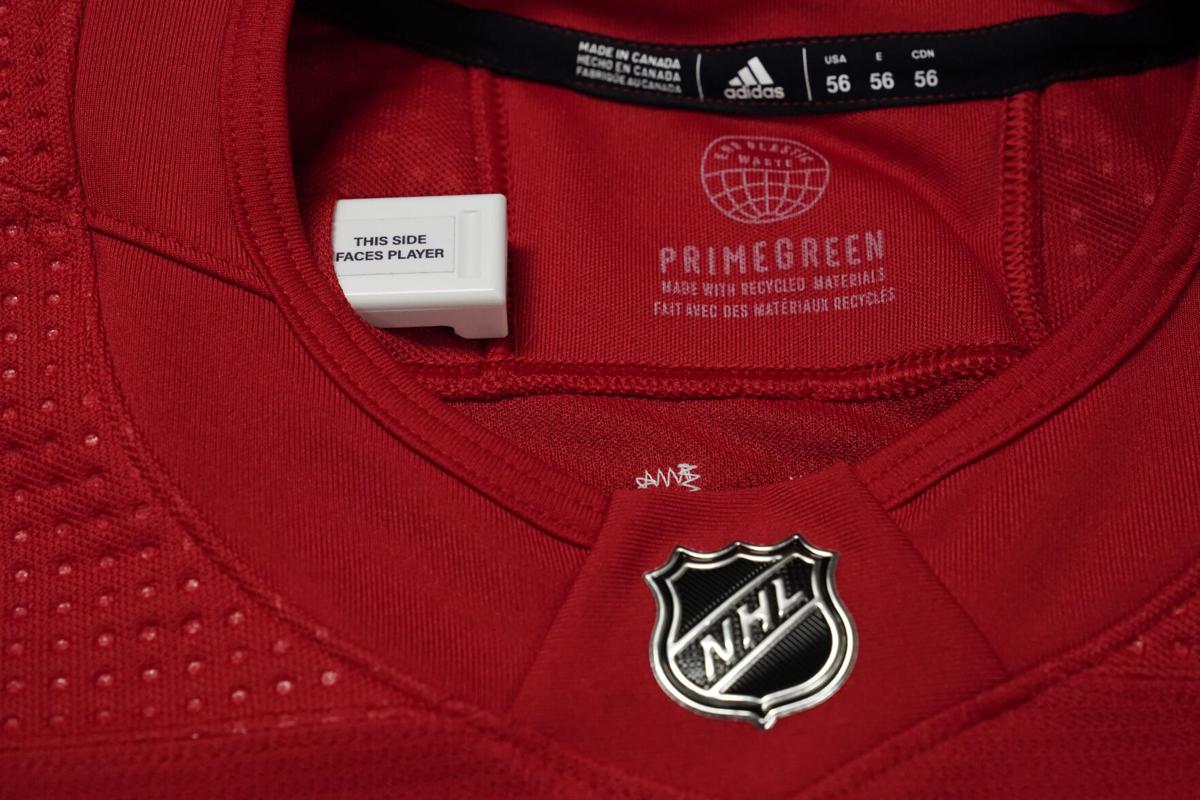 The puck has dropped on the NHL season and the league is embracing new technology initiatives that Grant Nodine, NHL, SVP, Technology, says has been a true collective effort. “If there’s one thing to say coming out of a couple of years of uncertainty it is that we’ve had tremendous partners to work and there are so many cool things going on,” he says. “The little things going on add up to just this amazing ecosystem of new data, new video, and new opportunities.”

Topping the listis working with ESPN and Turner Sports, the two new national rights holders here in the U.S.

“I can certainly say from my perspective that working with ESPN and Turner has been really good,” says Nodine. “We’ve kind of hit the ground running in a lot of ways and I think they’re going to do some, some really cool stuff.”

While ESPN and Turner are offering up their own innovations and new ways of broadcasting the NHL Nodine says the NHL will be innovating in many different areas with everything from puck tracking to on-ice officials having communications via Apple Watches to 5G and much more.

“We’re working with Verizon to up our game in arena with fan-centric apps that are going to be focused on the iterative experience,” he says. “We will leverage 5G for that and obviously continue to focus on our technologies on the bench for the coaches and players, be that additional video angles for those platforms or the addition of video to the larger coach’s toolkit platform with a more analytical bed.”

Nodine says that 5G will give fans a more ubiquitous experience as opposed to certain sections having good connectivity and others lousy.

“There is much greater potential to saturate mobile devices with data and I think we can do almost anything in that environment; probably even better than at most people’s homes,” he adds. “Verizon believes this as well: that they can deliver more video content to a mobile device in a 5G venue than most people could conceivably consume on their own home network.”

5G will also help get content out of the arenas as the NHL has been working with AWS on an automation system that automates all of the cloud contribution and coders and the Elemental link devices that are in the venues.

“We’ve got a backup primary and a backup feed of five different cameras going into the cloud into Zixi and also getting encoded as HLS to S3 so that we can use them in our various Web-based tools for the hockey, operations, officiating player, safety groups, and things like that. We’ve also expanded access to that system for a bunch of our radio rights holders and broadcasters so they can view feeds remotely.”

Tapping into that system literally requires tapping into an iPad where the operator chooses a game that they’re going to work, and they basically press buttons to start all of the encodes.

“That turns up Media Live channels in the cloud and creates Media Connect flows that connects them into Zixi Zen master where we’re also doing an AB fail over all those feeds,” he explains. “So those feeds are now available to anyone in our universe that we give access to straight out of the cloud. And TNT has been looking at using that for their highlights creation.”

Nodine says there will also be plenty of tracking of players and pucks to give a new level of analysis and new set of data points for SMT.

“We’re excited to have tracking pucks back in the game and are very excited to have that and the statistics that tracking unlocks from the start of the season,” he adds. “We want to use player tracking data to provide personalized feeds of individual players with the equivalent of customizable ISOs and things like that. I think there’s a lot that can get done with that technology so we’re excited.”

The tracking data will also be folded into the existing HITS statistics which are manually input during games. Dubbed the Time Series Database, it will reside in the AWS cloud and opens up a new level of analysis and also makes it much easier to find clips that pertain to certain situations like who is on the ice at a certain time and can also help automate on-air graphics creation.

“A player or coach can go into any random point in the data for a game and do things like help players just watch their shifts as well as the statistics of other players on the ice at the same time,” says Nodine. “And broadcasters are focused on replay overlays and live overlays and we’re working on also getting that available to all the in-game presentation people so fans in arena can start to reap some of those benefits.”

The league is also expanding the availability the commentary information screen which was meant for the so they could see various tracking stats.

“Now there are versions of that that will end up in front of fans on NHL.com and lots of other places as well,” he adds.

The NHL is also looking at C360 camera technology with testing set for the Rogers Centre in Toronto as well as in Vancouver. The goal? To continue to move forward with making it easier to offer personalization of feeds. The current plan is for the camera systems which have been a hit on the sidelines of football games to be placed opposite the blue lines, right behind the benches on one end and by one of the penalty boxes on the other.

“It will give us two ways to view players sitting on the bench but also a food forward and reverse angle of pretty much everything that is happening on the ice,” says Nodine. “And because of the resolution of the camera you can start to really look at zooming in.”

Hawk-Eye is also being upgraded, moving beyond discreetly encoding feeds at arenas and then transmitting them via RTP and a traditional broadcast manner where they were then decoded and then sent via baseband into the Hawk-Eye hardware.

“We’ve turned that around and have gone to an entirely remote Hawk-Eye operation with all the feeds centralized on server-class hardware in the arenas with hardware redundancy and a hot spare and, as a result, we can easily add new camera angles and even add resolution to camera angles,” says Nodine. “We’re actually providing hockey ops with three 4k feeds that show the offensive zones and the whole ice and then we have our existing compliment of cameras. We’re also going to do an upgrade on the cameras in the crossbars over the course of this season and get those to full 1080p. And the overheads are also going to be uprezed to 1080p and with Hawk-Eye in the arena we can do that without having to add another encode and decode channel.”

And, of course, improving distribution of signals globally is also a big part of the push and one of the reasons the league signed on with Telstra for those needs.

“It’s been a tight timeline but all the guys at Telstra have been very easy to work with on that,” says Nodine.