NHL Puck Drop 2021: ESPN To Deploy Shallow–Depth-of-Field Steadicam on the Ice, SupraCam in the Air 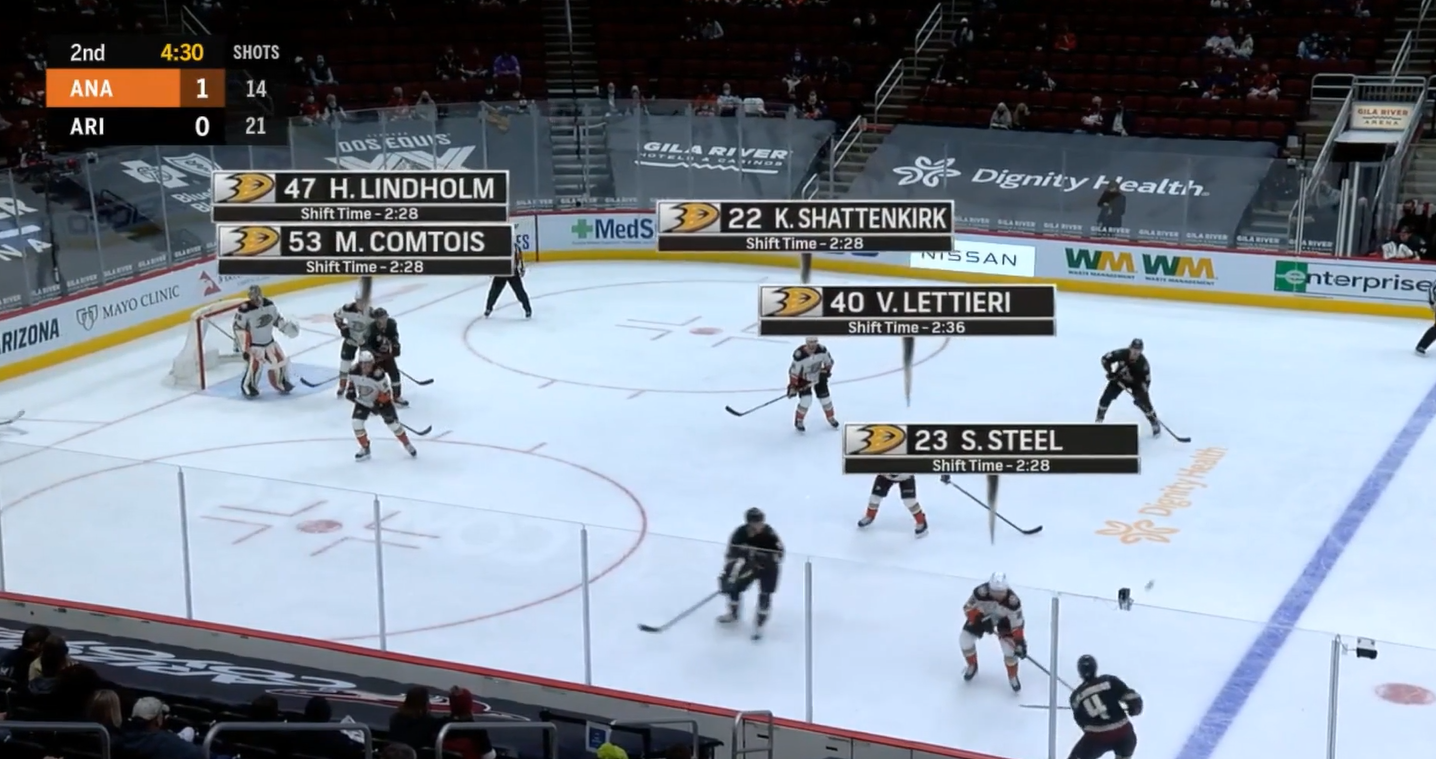 After a 17-year hiatus, the NHL returns to ESPN tonight. During the league’s nearly two decades away, live-production technology has advanced by leaps and bounds, and ESPN is looking to leverage the latest production tools available to bring NHL on ESPN into the modern age.

That innovation begins tonight with Kraken–Golden Knights in Las Vegas and Penguins–Lightning in Tampa. ESPN will, for the first time, deploy a mirrorless Steadicam on the ice, a SupraCam aerial system, live RF mics on players and in the nets, a drone outside the arena, and a bevy of high-speed, robotic, and POV cameras.

“Our primary goal with the NHL is to bring the game closer to the fan so they see and hear things they’ve never experienced before,” says Chris Calcinari, SVP, remote production operations, ESPN and ABC Sports. “The league has been incredibly open and a great partner in thinking about new technology and new ideas. They are looking to partner with us on trying to bring the fans close to the game, and that has been very exciting.”

In a first for a non-exhibition NHL broadcast, a camera operator will be allowed onto the ice during dead-puck situations, coming out of breaks, and for shootouts. A skilled skater will operate a Sony Alpha 1 mirrorless camera on a DJI Ronin handheld three-axis camera gimbal to create cinematic-style shallow–depth-of-field shots during celebrations and key moments in the game.

“It’s going to allow us to get up-close and personal reactions and images that have never really been seen before,” says Calcinari. “[The operator] is going to be skating literally alongside players during dead-puck [situations] and can shoot pretty much every player out there. It’s going to be similar to football-game [broadcasts] where a player scores a touchdown and the camera runs out onto the field to get the shallow–depth-of-field cinematic look of the celebration.”

SupraCam Takes to the Sky

Another new look for NHL coverage will be the smooth, sweeping overhead shots from the four-point SupraCam aerial system. The cable-suspended system features a Sony HDC-P1 box camera and will run along the nearside glass over fans in the stands.

“It’s a smaller rig with a smaller footprint [compared with other wired aerial systems], and the league seems to be very excited about that,” Calcinari explains. “We’re going to run it along the near side or over the fans. We’re not going to break the plane of the ice; it will stay right along the glass. You’re not going to see it out over the ice, especially not during play. Our goal is to make it as unobtrusive as possible for both the fans and the players.”

Steadicam and SupraCam headline ESPN’s complement of 35 cameras for tonight’s productions in Las Vegas and Tampa. In addition, ESPN has rolled out eight ultra-high-speed cameras — six of which are Fletcher robos running at 300 fps (a speed shot, between the benches, one in each net, and one each in the left- and right-side rockers).

Off the ice, ESPN will fly a drone outside both arenas for beauty shots and will have POV cameras in the nets, around the benches, and in the hallways. ESPN locker-room cameras will have access to capture coaches’ pregame speeches, a practice that will continue for a majority of ESPN’s exclusive games this season.

Throughout this season, the NHL EDGE puck- and player-tracking system run by SMT will play a featured role in ESPN’s coverage. Player-pointer graphics will be used live throughout games to highlight movement of players and puck while adding a visual element to analysis.

In the compound, NEP EN3 (A and B) is in Tampa, and Game Creek Video Victory (A and B) is in Las Vegas — with a whopping 165 EVS channels between the two games. ESPN also is producing its pregame/intermission/postgame studio show onsite in both cities.

“We’ve got a lot of firepower on these two games for sure, and they are enhanced because it is [opening night],” says Calcinari. “But I can tell you that our A-level games are going to be very robust all season long. And we will continue to evolve as we get deeper into the season.”

Of course, “bringing the fame closer to the game” is about much more than just video; ESPN is also looking to bring a whole new level of audio to its NHL coverage. To achieve that, ESPN will have multiple innovative mic placements to capture in-person sound from players and coaches, with both player and goal mics deployed throughout the games.

ESPN will deploy multiple Q5X microphone/transmitter systems on players throughout the season although the number per game will vary. Cameras will be isolated on the miked-up players throughout each broadcast to create all-access highlight packages. Players will also be miked for pregame interviews during warmups.

The network will outfit both nets with three RF microphones — a first for NHL broadcasts, according to Calcinari — and deploy 12 boundary mics around the outside of the glass. A full complement of shotgun and effect mics will contribute to ESPN’s 5.1-surround-sound broadcasts.

“When you’re trying to bring the game closer to the fan, audio is huge,” notes Calcinari “To be able to hear players talking on the ice is pretty amazing. I’m hopeful it will be similar to what we’ve done on MLB, when you’re able to hear players on the field. I think it’s incredibly important to focus on audio when you’re trying to bring the action closer to the fans at home.”

ESPN’s 103 exclusive regular-season NHL games on ESPN, ESPN+, Hulu, and ABC will be a mix of onsite truck-based productions; hybrid REMCO (Remote Control) productions, with crew split between the truck and Bristol, CT; and full REMI productions, with the entire crew producing the show from Bristol.

“We’re going to use all of our models, and it’s definitely going to evolve as the season goes along,” says Calcinari. “But it’s fair to say that pretty much every one of our games is going to have some form of [non-traditional] execution models.”

Even the season-opener productions tonight will leverage the REMCO model — previously called GREMI (Graphics and EVS Remote Integration) — with several replay systems operated from Bristol. In addition, Vizrt Libero telestration will be featured in selected games via the REMCO model, with the operator and producer working from their respective homes.

Calcinari adds that operations are likely to evolve as the season progresses and more resources are freed up after football season. The NHL on ABC Saturday-night package begins around that time. But, for now, all eyes at ESPN are on opening night.

“I was here at ESPN back in the day when we had the NHL,” says Calcinari. “I remember how much it meant to everyone. People are really excited to have it back. People that worked on it in the past are coming back, and we also have some new people. And we have had a lot of people asking to work on NHL specifically, which is pretty unique. We’re excited to get going.”