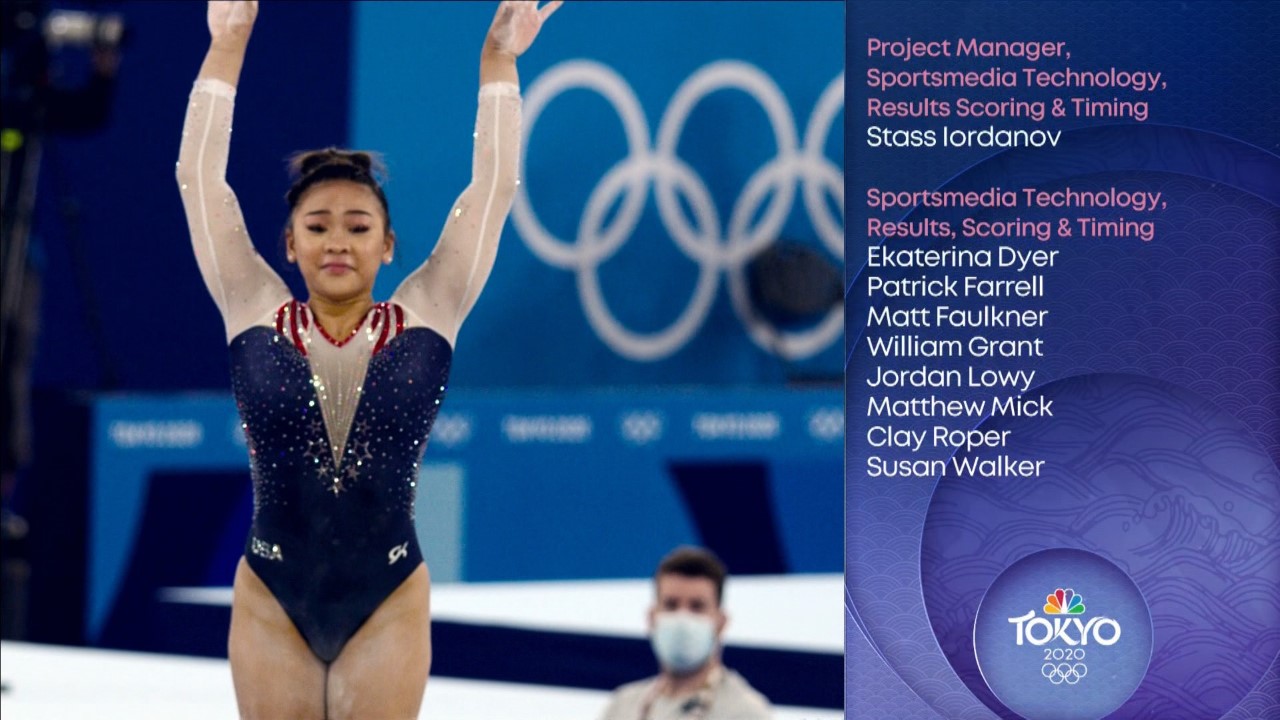 STAMFORD, CONN. – June 7, 2021 – NBC Olympics, a division of the NBC Sports Group, has selected SMT to provide real-time data presentation services and results and timing interfaces for its production of the Games of the XXXII Olympiad, which take place in Tokyo, Japan, from July 23 – August 8. The announcement was made today by Dan Robertson, VP NBC Olympics IT, and Gerard J. Hall, founder and CEO, SMT.

Since 2000, SMT has been a key contributor to NBC Olympics’ productions by providing results integration solutions that have enhanced NBC Olympics’ presentations of the Olympic Games via on-air graphics, scheduling, and searches for content in the media-asset–management (MAM) system.

For the Tokyo Olympic Games, SMT will deliver TV graphics interfaces for NBC Olympics’ graphics systems in its coverage of golf, gymnastics, swimming, diving and synchronized diving, beach volleyball and track & field. In addition, for all in-studio shows, SMT will provide leaderboard, bracket and medal standings graphics for every sport.

“Our goal at SMT is to provide the highest level of expertise, experience, and results reporting technology for NBC Olympics’ production of the Tokyo Olympics, as we have done since the Sydney in 2000,” said Hall. “We have put forth a tremendous amount of testing and behind-the-scenes work, and are privileged to be entrusted to execute another unmatched NBC Olympics production.”

“The interpretation and integration of the results data from the Olympic Games is one of the most complex and diverse of all sporting events around the world,” said Robertson. “To be able to digest, format, and replay that data for both real-time and post-production workflows allow our NBC Olympics production team the ability to do what they do best -- tell the stories and provide insight into amazing accomplishments of world class athletes. SMT helps us tell those stories across both linear and digital products with creative and innovative approaches.”

A division of NBC Sports Group, NBC Olympics is responsible for producing, programming and promoting NBCUniversal’s coverage of the Olympic Games. NBC Olympics is renowned for its unsurpassed Olympic heritage, award-winning production, and ability to aggregate the largest audiences in U.S. television history. NBCUniversal owns the U.S. media rights on all platforms to all Olympic Games through 2032. NBC Olympics also produces thousands of hours of Olympic sports programming throughout the year, which is presented on NBC, NBCSN, Olympic Channel: Home of Team USA, Peacock and NBC Sports digital platforms.

SMT, a leading innovator and supplier of real-time data delivery and graphics solutions for the sports and entertainment industries, provides clients with cutting-edge storytelling tools to enhance live sports and entertainment productions. SMT’s technology for scoring, statistics, virtual insertion, tracking analytics and messaging for broadcasts and live events has been utilized for the world’s most prestigious live events, including the Super Bowl, major golf and tennis events, the Indianapolis 500, the NCAA Tournament, the World Series, and NBA, NASCAR, and NHL events. SMT’s clients include major US and international broadcasters as well as regional and specialty networks, organizing bodies, event operators, sponsors and teams. The 33-time Emmy Award-winning company is headquartered in Durham, N.C., with divisions in Jacksonville, Fla.; Fremont, Calif.; Munich, Germany; and London, England.