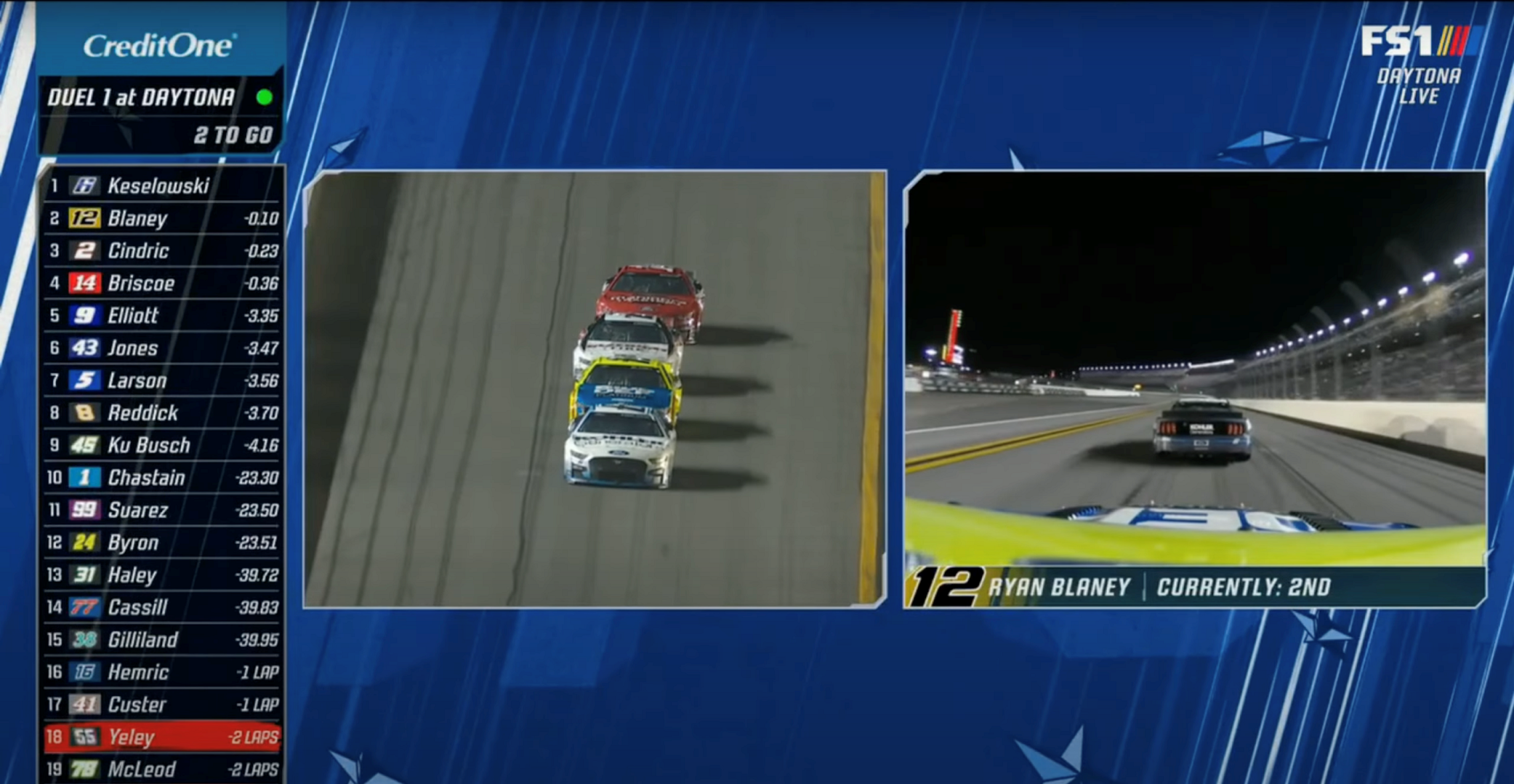 The Daytona 500 is a NASCAR event that is shrouded in tradition and soaked with history. With a 63-year-long lineage, many achievements have been set and broken, but on the broadcast front, Fox Sports will be embarking on a brand-new course. In their first full season at 1080p HDR, the network is deploying technologies like two aerial drones, an 80-ft. Strada Crane, an abundant amount of in-car POVs, a Megalodon in Pit Road, and more for the season premiere.

Despite this being the first official race of the 2022 NASCAR campaign, the fun began closer to Fox Sports’ headquarters in Los Angeles. During the Busch Light Clash at Los Angeles Memorial Coliseum, the network was able to test and experiment with the new set of workflows that will be put through its paces this year. The exhibition race was also taking place in a new venue, so there were a ton of different aspects to get used to. The crew’s main mobile unit for the season, Game Creek Video’s Cleatus, was undergoing a handful of upgrades prior to the race. In addition, NEP’s new SRT3 mobile unit was brought online for its NASCAR debut as well.

“Our trucks are ready to go for the rest of the season, but the Clash was as big of a build as we’re doing this weekend,” says Matt Battaglia, director, remote engineering, Fox Sports. “Everything that we were doing was new to us and NASCAR.”

Fans will also notice a new graphics package on Sunday’s broadcast. Replicating the set of elements that were introduced during Super Bowl LIV in 2020, this more dynamic approach incorporates movement and creativity. For example, drivers will have artistic drawings of themselves, which are similar to the “hero” graphics used for the NFL.

New graphics also means new opportunities for data-driven information. SMT is onsite to integrate new elements like heart rate and throttle telemetry as well optical tracking. The real-time pointers will let fans know where drivers are on the track and the telemetry data will give them insights into how the driver is performing in the cockpit.

Team Analytics have received a makeover as well. In accordance with NASCAR’s Next-Gen car model, the virtual cars will look identical to the new aesthetics of the Ford, Chevrolet, and Toyota cars in the race. The GhostCar application will also have more visual charts than ever before, which will track RPM and throttle spikes.

The First of Many: Fox Sports Prepares for a Busy Year Ahead

Aside from the Clash, the Daytona 500 is always the de facto beginning of the sports calendar for Fox Sports. Throughout all of 2022 and the start of 2023, this race will kick start a large slate of domestic and international events, including the Big East basketball tournament in the spring, the MLB All-Star Game and Field of Dreams in the summer, the start of college football and postseason baseball in the fall, the Men’s FIFA World Cup in Qatar in November, and Super Bowl LVII in Phoenix next February.

“In the years where we don’t have a Super Bowl, the Daytona 500 is really the biggest event of the year,” concludes Battaglia.