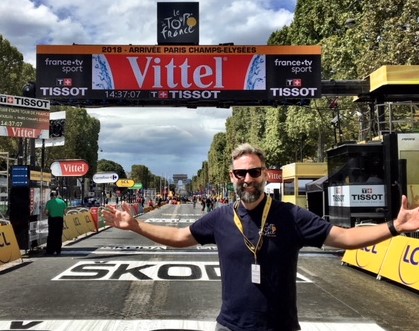 Lee began his career with SMT in 1998 as an intern as he was completing his senior year at UNC-Chapel Hill. In the next two decades, Lee worked in many capacities, rising from remote technician to Director of Special Events before being named Vice President, Client Services.

Lee's career at SMT was launched at the 1998 Winter X Games in Crested Butte, Co., for which SMT developed the scoring systems for every event of the extreme sports tournament, including snowboarding, snowmobiling and skiing. Together with a team of engineers and technicians, Lee tested and set up the scoring systems, and was also tasked with digging snow trenches for the timing lines. Afterwards, Lee's role on the remote technical operations team expanded to include support for events including NASCAR, IndyCar, Red Bull, NFL, NCAA football and the Tour de France.

Since 2000, Lee has led SMT’s NCAA Men’s Basketball Tournament initiative, training SMT’s remote operators on how to statistically score a game and recognize storylines while providing every real-time, statistical interface to broadcasters. That same year, Lee won a Sports Emmy Award for outstanding Technical Team Remote for his work on ESPN SpeedWorld: NASCAR. In 2010, Lee was part of the SMT team that won two Silver Telly awards, the highest award offered by the organization, for its video production and supporting virtual graphics used at the inaugural pre-game show in the Dallas Cowboys’ new stadium during the 2009-2010 season.

In 2018, Lee was named Director of Special Events, a position that required extensive national and international travel, including managing the day-to day operations of the monthlong Tour de France broadcast support as part of the roving production cavalcade.

Lee graduated with degrees in English and communications from UNC-CH. He lives in Chapel Hill with his wife, Julianna, and children, Amelia and Noah.