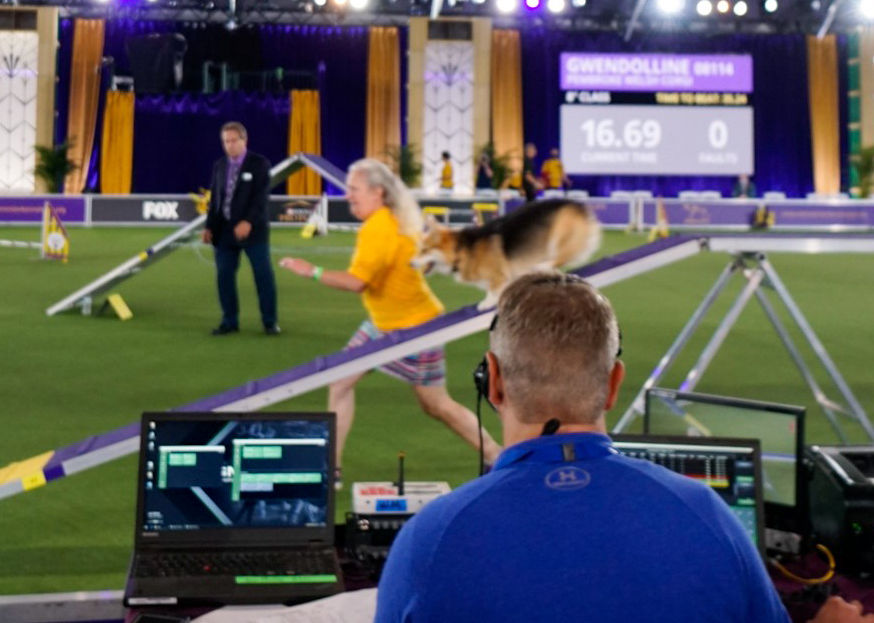 Best of Show will be crowned in primetime on broadcast TV

Because of the pandemic, this year’s Westminster Kennel Club Dog Show moved out of Madison Square Garden and is being held this weekend in two very large tents at the Lyndhurst Mansion in Tarrytown, NY. The Fox Sports production, airing June 12 and 13, will be produced in 1080p HDR for the third consecutive year.

“It looks spectacular in HDR,” says Brad Cheney, VP, field operations and engineering, Fox Sports. “The beauty and majesty of the dogs really show up. We’re excited to continue along this path of providing the highest-quality production value to shows like this.”

He notes that getting the production dialed in took a lot of collaboration with WKC; with Node, which is providing the scenic look; and with Airtime Lighting, which is ensuring that the event looks as great as possible.

“That’s how deep the partnership is between us and WKC,” he notes.

Game Creek Video will be on hand with production units Gotham, Edit 4, and Discovery. Discovery will handle the preliminaries; Gotham, the 1080p HDR production for 4K distribution.

“It’s a big Game Creek effort,” he says, adding, “And we will have The Vault [at Fox’s Los Angeles Pico facility] involved in the shows with replay operators, graphics, and other support.”

The preliminaries will be produced with 10 cameras. The main show will have 17, including a Megalodon shallow-depth-of-field rig.

“We’ve increased the number of RF cameras to four, and those are all handled by CP Communications,” adds Cheney. “We’ve even brought in our friends from Kaze Aerials, who will be running drones for us.”

Drone coverage will involve not only scenics of the mansion and its grounds but also back of house as the dogs await their appearance in cars in a parking lot rather than in the bowels of Madison Square Garden.

“That’s another reason for HDR,” he explains. “It’s about not just the show inside but also outside. And, when we start the show, it will be around dusk so that is going to look amazing.”

Like any sporting event there will be scoring and SMT will provide real time data driven scoring and timing graphics as well as leaderboard graphics for Fox broadcasts. SMT developed a scoring system for the event that will ingest the timing data from the Photocell system provided and operated by the Westminster Kennel Club. An SMT administration system will also manage dog and handler entry, result calculation and competition standings and SMT’s in-venue production will provide graphics to the on-site LED and LCD Displays provided by WKC.

Tupelo Honey is also onsite to help produce the streaming coverage during the day.

“They produce eight feeds a day for us with all of the preliminary judging and other events that go directly to the web,” says Cheney. “PSSI is also handling our transmission and streaming.”

The event will be seen on Fox, FS1, and FS2, highlighted by more broadcast television coverage than ever before. The Masters Agility Championship returns to Fox, and Best in Show will be crowned live on broadcast television for the first time in at least 30 years. Primetime coverage begins with Group Judging on FS1 at 7:00 p.m. ET Saturday, June 12; continues Sunday, June 13, at 7:00 p.nm. with Group Judging and the crowning of Best in Show live on Fox.