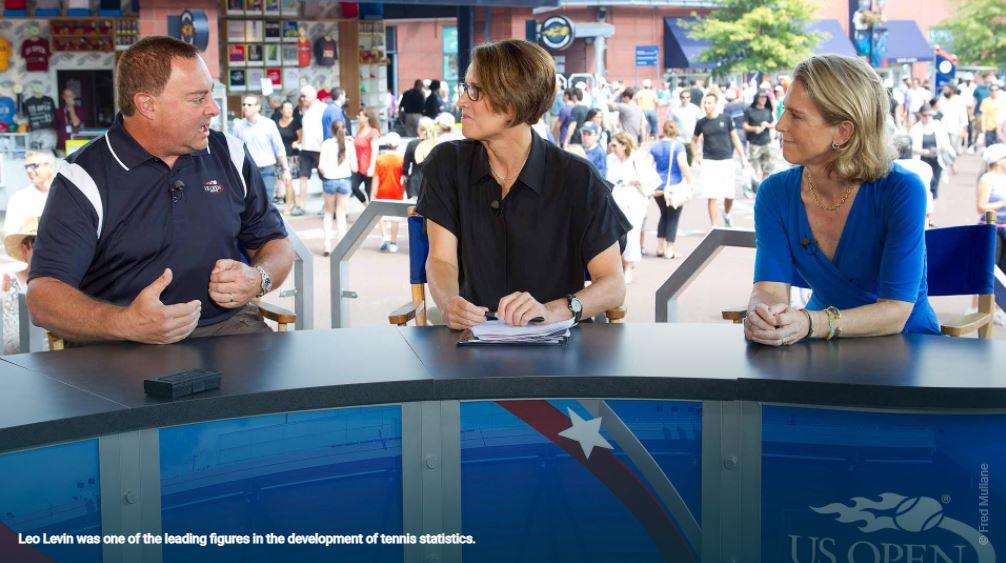 American was a founding father of tennis statistics and match analysis

You may not know Leo Levin by name, but as a tennis fan, you have absorbed and benefitted from his brilliance for more than 35 years. Every time you watch a tennis match and hear a data point, pay a tribute and honour Leo’s legacy. Alas, the notion of legacy has surfaced in a tragic way, as Leo died on Saturday, December 19, at the age of 62.

Graced with a razor-sharp mind, a friendly, pun-laden brand of humour and a generous heart, Leo is surely one of tennis’ pioneers. Back in the early ‘80s, Leo was on the ground floor of rigorously charting and documenting all the details that tell the tale of how a tennis match shakes out.

What am I talking about? Leo was the ground floor. At a time when computers weighed 25 pounds, he lugged that machine around, starting out at college matches where he played on the same Foothill College team as Brad Gilbert. A terrific school in its own right, Foothill also happened to be located near NCAA powerhouse Stanford, giving Leo the chance to road test his nascent ideas with the best college team in the country. Leo began to track and tally numbers with new levels of depth, insight and frequency.

Certainly others had previously done this, but nothing on the scope of what Leo did. The early product Leo helped create, CompuTennis, was the launching pad for a revolution in the entire sport’s ability to analyse match play. So much of the information that’s now instantly available on ATPTour.com and many other platforms – serves, returns, winners, errors, percentages and more – has its roots in what Leo started with his own personal tracking methods.

Leo joined IDS (now SMT) as its first employee in Jacksonville in 1988, working for the company until his untimely death.

It was Leo who brought to life such iconic terms as “unforced errors” and the “plus-minus differential”. It was Leo who sat close at hand to every major tennis broadcaster of the past five decades, from Mary Carillo and John McEnroe to Ted Robinson, Dick Enberg, Tony Trabert, Cliff Drysdale, Fred Stolle, Barry MacKay, Donald Dell, Patrick McEnroe, Chris Evert, Bud Collins and a host of others.

But it wasn’t just his ability to capture raw data that made Leo special. This was a man who loved tennis with his heart and soul. He’d been a ranked junior in Northern California, armed with crisp, flat strokes, a first-rate service motion and an even better tactical mind. All the wisdom Leo brought as a player made him a natural analyst, a person who could eloquently discuss the game with deep insight, passion and nuances. No wonder Carillo dubbed him, “The Doctor”.

Best of all, Leo was exceedingly gracious. Dozens – maybe even hundreds – of us who work in the media, especially in television, relied on Leo for help preparing to cover and analyse matches. Without fail, he was accessible and thoughtful. I know this personally. There was the time in Paris when I sent him an urgent e-mail at 7 a.m. Or was it 2 a.m. in Melbourne? Then there was that evening on Wimbledon’s Middle Sunday – in theory, a day off for the entire sport – when I needed details from the doctor. No matter what, no matter when, Leo had the answers – quickly and kindly, in precisely the right format.

Blended with this was a tender quality usually associated with people like my Jewish grandmother. In the TV world, Leo was known for his exceptional prowess at making brownies, providing many a tray for we sugar-crazed folk. That’s a darn good combination: data and chocolate.

For all of that, and so much more, Leo Levin will be dearly missed.

Leo is survived by his wife, Terri Coleman; his daughter, Anna; his mother, Marilyn Wellsandt; his sister, Maureen Julin; her husband, Doug and their son, Jeremy.