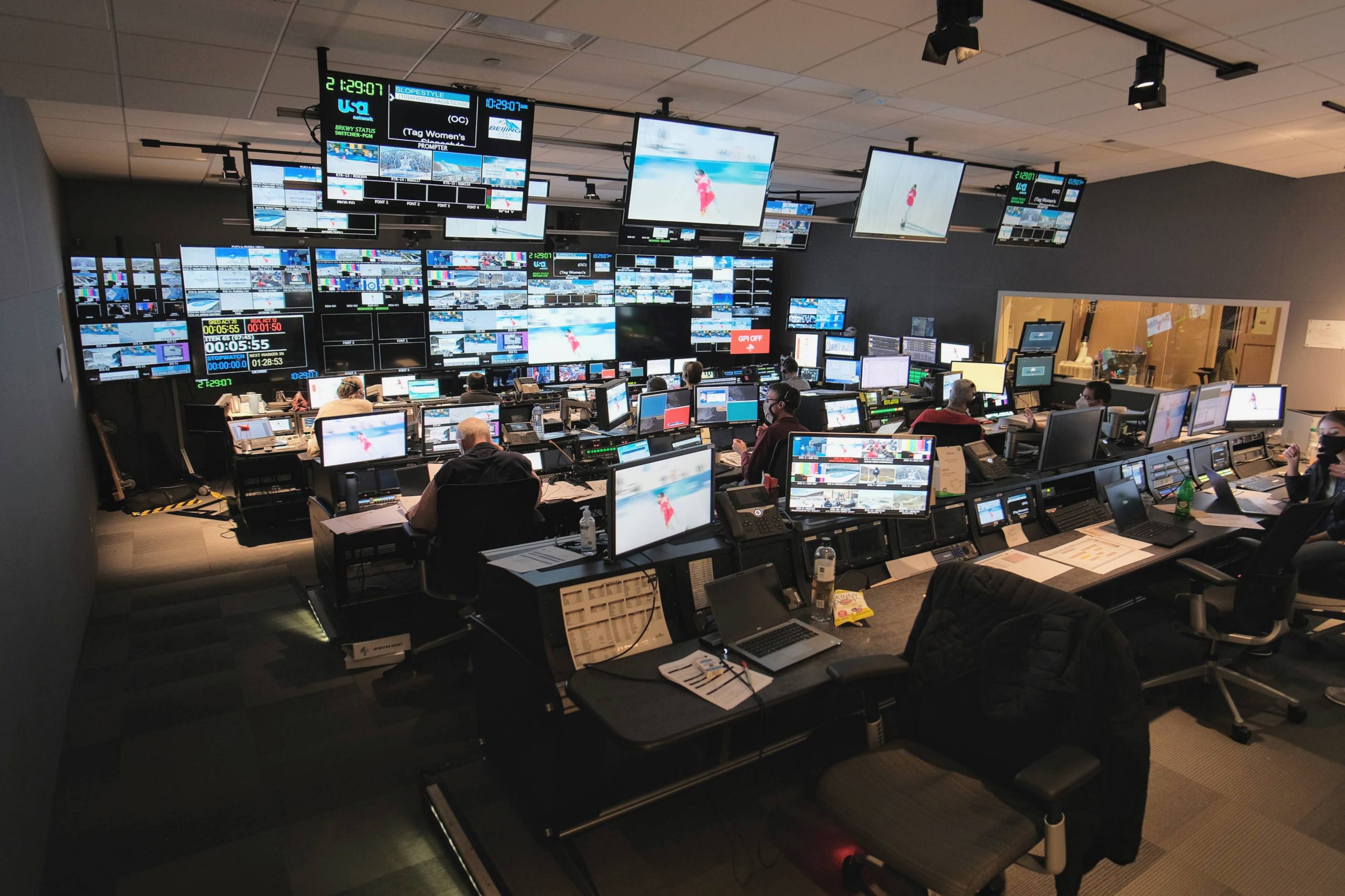 Although NBC Olympics has been relying heavily on its production facility in Stamford, CT, for several Games over the past decade, the at-home operation is bigger than ever for this year’s Beijing Winter Games.

Not only is nearly all commentary being done from the Off-Tube Factory in Stamford, but the bulk of primetime and other marquee programming is using control rooms at home rather than at the International Broadcast Centre (IBC) in Beijing. And, on top of that, the NBC Olympics operation in Stamford incorporates 1080p HDR systems and workflows on a large scale for the first time and faces new transmission challenges in producing the primetime shows from three locations: Beijing, Stamford, and Los Angeles.

SVG sat down with Tim Canary, VP, engineering, NBC Olympics, to discuss workflows and infrastructure in Stamford, how the short turnaround from the Tokyo Summer Games affected preparations for Beijing, an update on the Off-Tube Factory, additional resources that had to be brought into Stamford to handle the additional programming, how the 1080p HDR workflow is going, and more.

First, how are things going at the Stamford facility, and can you give a quick overview of the operation there? How it has been scaled up in terms of personnel and operations compared with previous Games?

The team here is doing very well but certainly is very busy handling the demands of nine control rooms and 24/7 production across multiple channels and platforms. In addition to five control rooms in the building, we have four production trucks at our loading dock. All control rooms are running in 50 Hz, with three trucks and two facility-control rooms running at 1080p/50 HDR. Operationally, we have more than 1,500 people in Stamford supporting the 2022 Winter Games, our largest for any Winter Olympics to date. Included in the additional staffing were several of our major vendors, who came to Stamford to provide additional support. Along with the above, we continued to support golf production and other properties in 1080i/60.

How has the at-home effort affected operations at the IBC in Beijing? Historically, the IBC control room has served as the core hub. Has this changed for Beijing?
During the second week of the Tokyo Games, we started to prepare for potential scenarios to have the NBC Network primetime-control room in Stamford, which reduced the operation in-country. In addition, several venue control rooms (Alpine, Sliding, Snowboard, and Speedskating, [plus] Opening Ceremony) were also brought back to Stamford. This was a major lift for the technical team in a very short period of time.

How did the accelerated timeline between Games affect your team’s operations and Stamford engineering plans? When Tokyo wrapped up, did you immediately start preparing for Beijing, and what did those preparations entail?
We prepared several potential plans that impacted many areas, including purchasing of long-lead hardware, adding extra facilities to the building (like edit rooms, screening areas, set changes) and a fast-track technical build to modify the planned primetime-control room from 1080i to 1080p HDR. In reality, the Tokyo Games had not finished, and we were already into planning the changes for Beijing, which also included preparing for some items (like EVS servers, Avid edit kits, Sony HDR monitors) to be based in Stamford.

With nearly all on-air talent at-home, how has the Off-Tube Factory operation been expanded or enhanced?
The Off-Tube Factory was greatly enhanced to provide simultaneous 1080i and 1080p HDR copies of every off-tube event to production. We also added telestration and multiple combination booths of onsite and offsite announcers into a seamless workflow. And we had some instances where commentary had to originate remotely. This provided many challenges intermixing our Lawo in-house commentary system with TieLine Via remote kits.

Have you had to expand the Stamford facility to accommodate all the additional operations taking place there?
Yes. [For example], we added production trucks, office trailers, additional Avid edit rooms, additional ingest channels; expanded ingest-automation systems; expanded our Grass Valley/Cisco 2110 routing system and Evertz control systems, file storage; expanded and modified our EVS network to allow 1080i/60, 1080i/50, and 1080p/50 storage pools; completed the transition of 140 more GV XIP frame syncs for a total of 280 channels. We also expanded our IPTV system; modified our transmission plans with AT&T and over 300 transmission paths between Stamford and China using 100 G of transmission bandwidth; updated SMT hardware in New York; added hundreds of paths of fiber transport at the truck dock; expanded our intercom systems; added Omega timing systems, Dartfish, and Ross AR systems; and expanded our friends-and-family–control room to add I/O, 16 channels of EVS, and additional standards conversion.

In addition to the Olympics, the team was prepping for the Super Bowl transmission, remote edit, communications, and other system needs, working with our remote-operations team.

Given the tight turnaround and increased risk, are there any new tools/technologies/workflows in Stamford that have been deployed for Beijing, or are you more focused on building on Tokyo workflows?
New to Stamford was the 1080p HDR production needs across some control rooms. We did build on lessons learned during the Tokyo build but had not anticipated the speed with which we’d need to shift here in Stamford, which took a huge commitment across our teams. Expanding our GV 2110 routing system with its format-independent capability was a critical-path technology that enabled many of our workflows.

What would you say is the biggest difference between your Stamford operation for the Beijing Games and PyeongChang and/or Tokyo?
Incorporating 1080p systems and workflows was definitely the biggest change, as was the sheer volume of production being done in Stamford with our primetime shows. We also had new transmission challenges and opportunities: producing the primetime shows from three different locations: Beijing, Stamford, and L.A.

How proud are you of your team for pulling off such a challenging Games in such a short time?
The team here continues to amaze me with its ability to adapt and show resiliency no matter the challenge. I’m extremely proud of our dedication as well as the opportunity to see the growth across the team with the new technologies. We’re proud of our ability to televise back-to-back Olympics in a six-month span, to tell the stories of the athletes, and to be part of the team that brings the Olympics and the excitement of the Games to the U.S. audience. There is a tremendous sense of pride and teamwork between the groups in Beijing and Stamford as well as throughout multiple locations within NBCUniversal and Comcast across the country. It’s a massive team effort both editorially and technically, matched with incredible and often historical moments that I for one am honored to be part of.