After falling into the ‘rabbit hole’ of hockey analytics, Katerina Wu lands as a Penguins data scientist 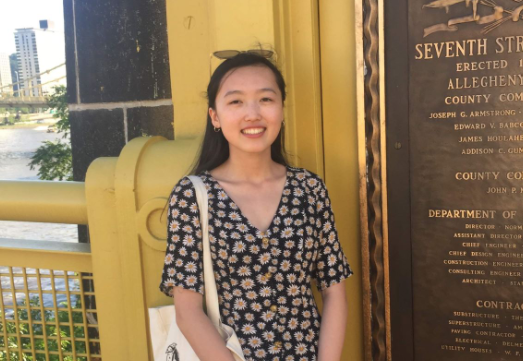 When you get past all the fancy numbers, the complex computer technology and the people with near-perfect SAT scores, the Carnegie Mellon University Sports Analytics Camp boils down to one thing: Finding answers to tough questions.

In 2019, there were plenty of them for Katerina Wu.

Initially, when she was accepted to the eight-week program and paired with Penguins analytics guru Sam Ventura, his first question for her was this: How does production in one hockey league, like the KHL, transfer to another, like the NHL?

But as Ventura watched the speed and ingenuity with which Wu answered that question, he came up with another one: What exactly do you want to do for a living?

“I kind of just blurted out, ‘I want to have your job!’ ” Wu remembers.

Nearly two years later — after several formative internships, a degree in statistics and computer science from the University of North Carolina and several more career-inspiring moments — Wu might not exactly have Ventura’s job, but she does have one working right next to him.

Last week, the Penguins announced Wu, 22, joined the organization as a data scientist.

She will work closely with Ventura, who was promoted this summer to director of hockey operations and research. The club also announced Nick Citrone has been promoted to senior data scientist of hockey and business operations. In tandem, the moves bolster the growing hockey analytics department and position the Penguins well to take on the NHL's new puck and player tracking data.

“People tend to be skeptical of analytics hires — ‘Do they really know the game?’ ” Ventura said. “She’s really passionate about hockey. She really understands the game at a high level.”

Inside her dorm room at the College of William & Mary, Wu pored over history and philosophy textbooks with the omnipresent sound of hockey buzzing on the TV screen in the background.

The sport initially captured Wu’s intrigue and imagination in high school, as she watched the Sochi Olympics. As a former figure skater, she marveled at the “elegant” precision of the edge work, coupled with the untamed physicality of a sport that permits grown men to punch each other in the face.

“I thought the contrast was really interesting,” Wu said.

When a bout of homesickness kicked in, a switch flipped. The sound of pucks careening off the boards and players chirping each other reminded Wu of her adopted hometown of Boulder, Colo., and all her friends who played ice sports.

Even still, the game was mostly just background noise until she transferred to North Carolina to take advantage of in-state tuition and changed majors from history to something with more promising career prospects.

“Most of my classmates, they were going to be consultants for some 'big four' consulting firm like [Deloitte, Ernst & Young, KPMG and PricewaterhouseCoopers],” Wu said. “That didn’t really appeal to me. But also, I didn’t really know what did appeal to me.”

When professors let Wu and her classmates choose topics for research, she fell into the “rabbit hole” of hockey analytics. She discovered an evolving community that has grown considerably over the last decade to include websites like Natural Stat Trick, Evolving Hockey, Hockey Graphs, Hockey Viz, Charting Hockey and more.

Wu was especially inspired by Namita Nandakumar, who currently works for the Seattle Kraken, and wrote a paper analyzing the effect of various professional drafts.

“Once I found out that Namita had been offered a sports analytics job with the Philadelphia Eagles, I was like, ‘Wait,’” Wu said. “I can do this professionally.”

After her junior year of college, Wu passed on an internship with a wine company to attend that 2019 CMU camp and see if she really wanted to turn her pipe dream into a career. Turns out, those eight weeks were like the launching pad.

“I really reevaluated my life,” Wu said. “I thought about what other topics I could do that were related to hockey. I dedicated time outside of my schoolwork to read up on the research, look at what other people had done.”

It all happened pretty fast from there.

The project she and her partner, Madeline Gall, worked on with Ventura at the CMU camp turned into an opportunity to present at the CMU Sports Analytics Conference. Their work comparing leagues won Best Research Poster.

She presented at the Columbus Blue Jackets Hockey Analytics Conference, where she met in person with many of the analysts who inspired her.

Wu then was accepted into a hockey mentorship program with Hockey Graphs. Once again, she was reunited with Ventura as a mentor.

That ultimately led to a post-graduation internship at SportsMEDIA Technology, the company responsible for building the NHL’s new puck and player tracking. Coincidentally (or maybe not), Ventura’s mentor and collaborator from his days as a student at CMU, Andrew C. Thomas, is the one responsible for designing that system.

As Thomas once steered Ventura away from a career on Wall Street and toward one on Pittsburgh’s Fifth Avenue, Ventura and Thomas prepared Wu for an opportunity in an NHL.

Next question: What’s next?

When Ventura was promoted this summer within the Penguins’ organization, it offered him a bigger seat at the table and a larger decision-making voice. At the same time, the NHL and SportMEDIA Technology began dumping what Ventura terms “a mountain of data” on teams with the new puck and player tracking data.

It was time for the analytics team to grow. One obvious candidate emerged.

“Katerina was one of the handful of people on the planet who had experience working with that data,” Ventura said. “That was a huge piece for us. It makes her uniquely qualified for a job in an NHL front office, especially in 2021.”

So what is player and puck tracking?

Previously, the hockey analytics community relied upon the NHL’s play-by-play data. It provided data points such as, maybe, Mike Matheson ripped a slap shot from the blue line at the 37 second mark in the first period. What was missing was the context.

“Was someone in front of the net?” Wu said. “Were people screening within the shooting lane? Why did he shoot from so far back at the blue line instead of closer?”

Wu likens the previously available data to a snapshot. Now with the position of every player on the ice, the position of the puck and their trajectories, the still images are coming to life.

“With the play and puck tracking data, instead of snapshots, it’s like we have a video now,” Wu said. “It’s like this continuous function we could use to create more robust statistics.”

The sheer volume of this new data is so large that it’s crashed Wu’s computer several times. It's so new and so different, Wu, Ventura and the rest of the Penguins analytics team are still in the early stages of using that new data to ask and answer important questions.

But one thing Wu isn’t questioning anymore is the direction of her career.

“Obviously, this is a dream come true,” Wu said.